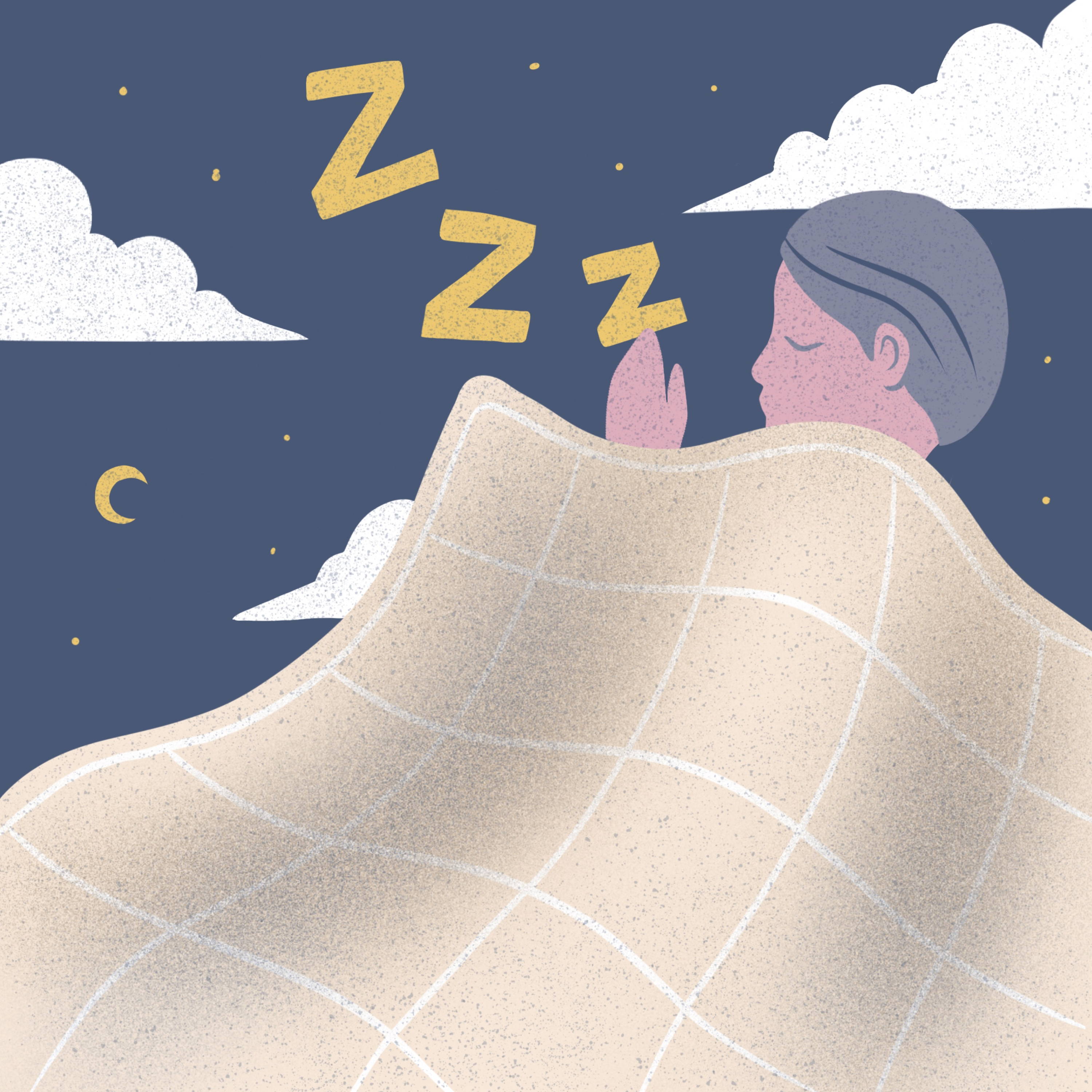 The concept of Deep Touch Pressure was first introduced in the 1960s and refers to the calming sensation one experiences when pressure is applied equally over their body such as being hugged, squeezed, stroked, or held. This works because of receptors in your skin that detects such pressure as a sign that you are in a stable safe environment & set of the production and release of serotonin in your body and decreases the stress hormone, cortisol, allowing you to relax and ease mental tension.

Initially Deep Touch Pressure was applied with physical interactions (hugging, squeezing etc…), hugging machines and by applying various weighted items. In the late 1990s the concept of using a weighted blanket was utilised as a way of applying DTP equally across the whole body & has since been the go to method of applying DTP.

The first weighted blankets were made by medical practitioners and were simply stuffed with extra filling for weight, although they were effective in calming patients, these bulky overstuffed blankets were not body contouring and were very hot and uncomfortable to lay under.

Innovation quickly came from family members who began quilting pockets of weights into blankets for their loved ones. They used different fillings such as corn (which attracted animals) and stones (which destroyed the blanket fabrics). Finally plastic beads and glass micro beads were selected as the ideal weights to evenly distribute pressure over the whole body without being too bulky or hot. Glass beads being the ideal weight as they are not noisy and do not have the chemical smell that are associated with plastic beads.

In the last few years, people have realised that weighted blankets are not just useful for children suffering from such conditions but that the calming and relaxing effects of weighted blankets enable people of all walks of life to deal with everyday pressures by helping them get the rest they need.

This realisation has lead to a huge surge in companies making & selling weighted blankets, however the vast majority of such blankets are made out of synthetic materials such a polyester and plastic beads that are not only stuffy and uncomfortable to sleep under but are also very environmentally damaging to produce and eventually dispose of.

At Groundd we have sort to learn from the lessons of the past, both good and bad to create an all-natural weighted blanket that is designed to best apply deep touch pressure & help you sleep without being too hot and stuffy.

Back to Groundd Sleep Blog